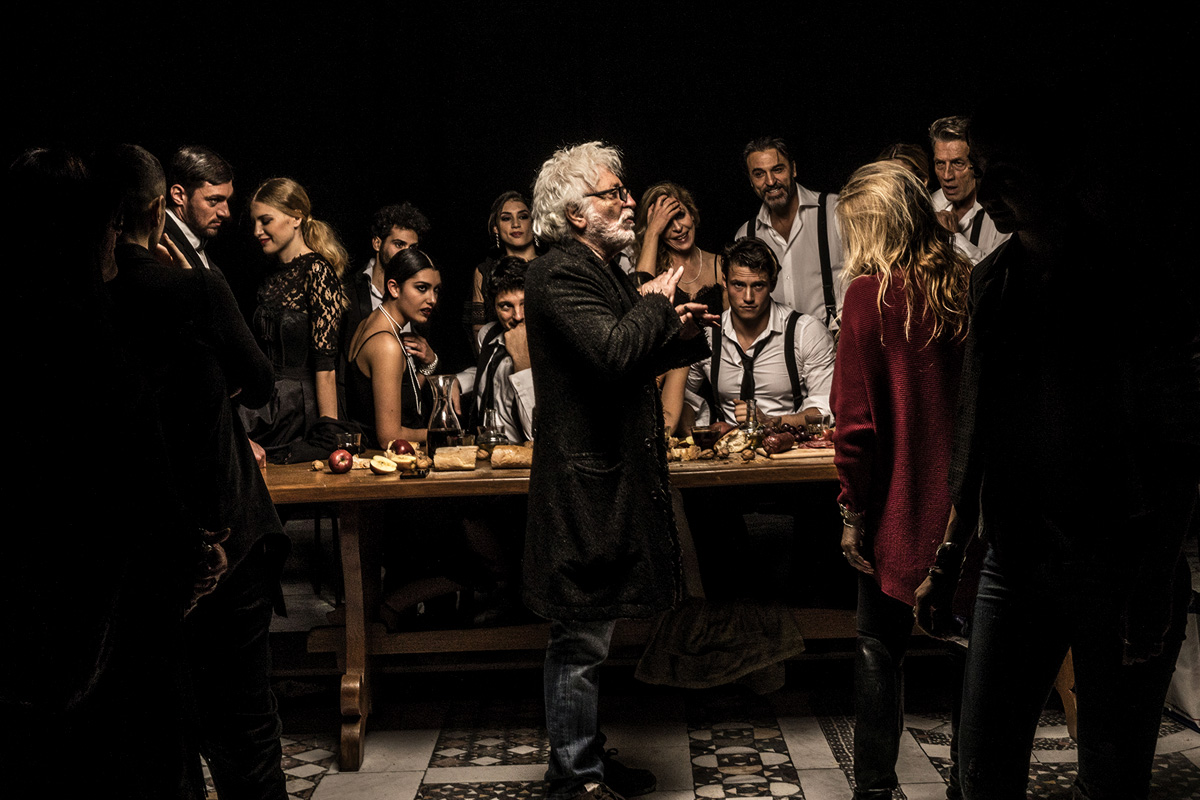 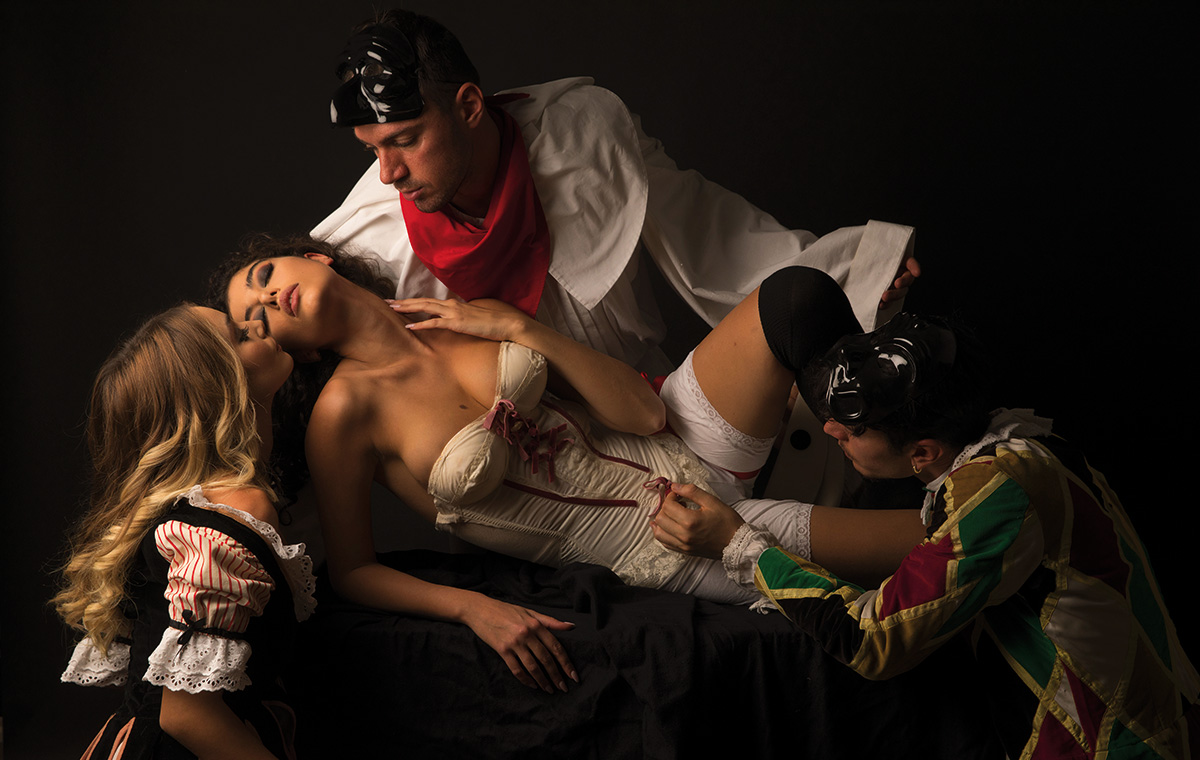 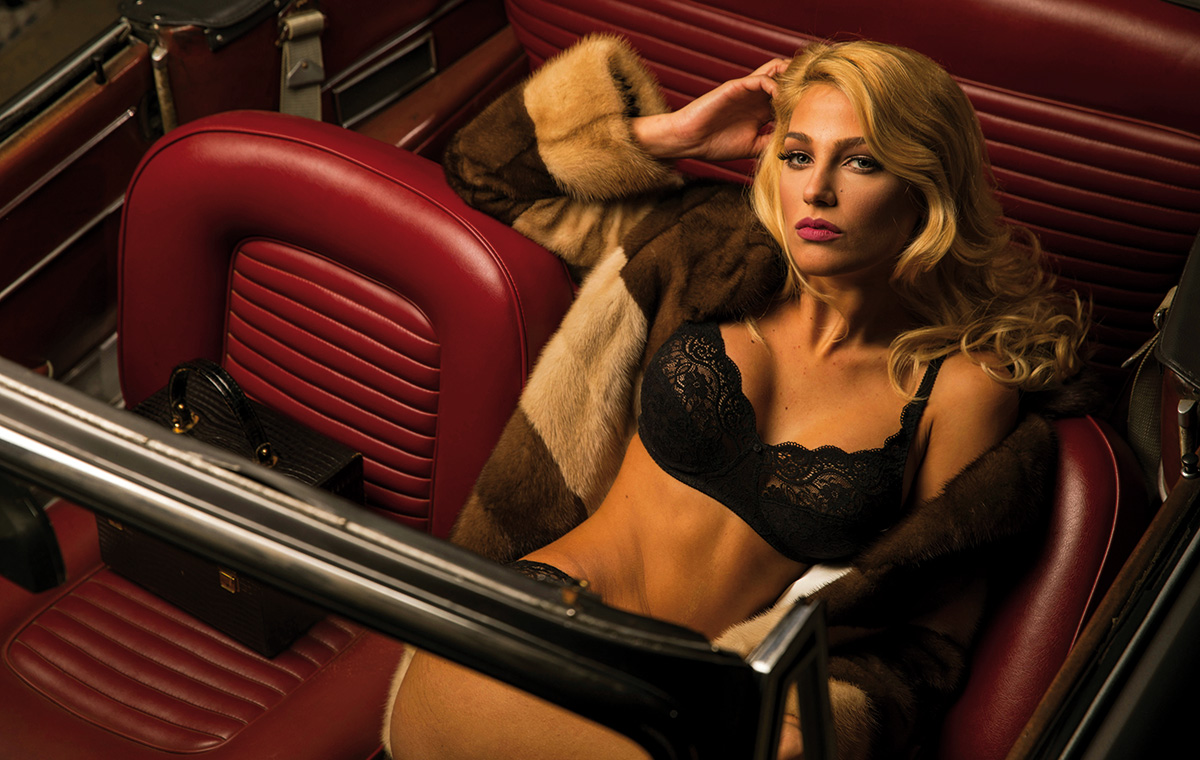 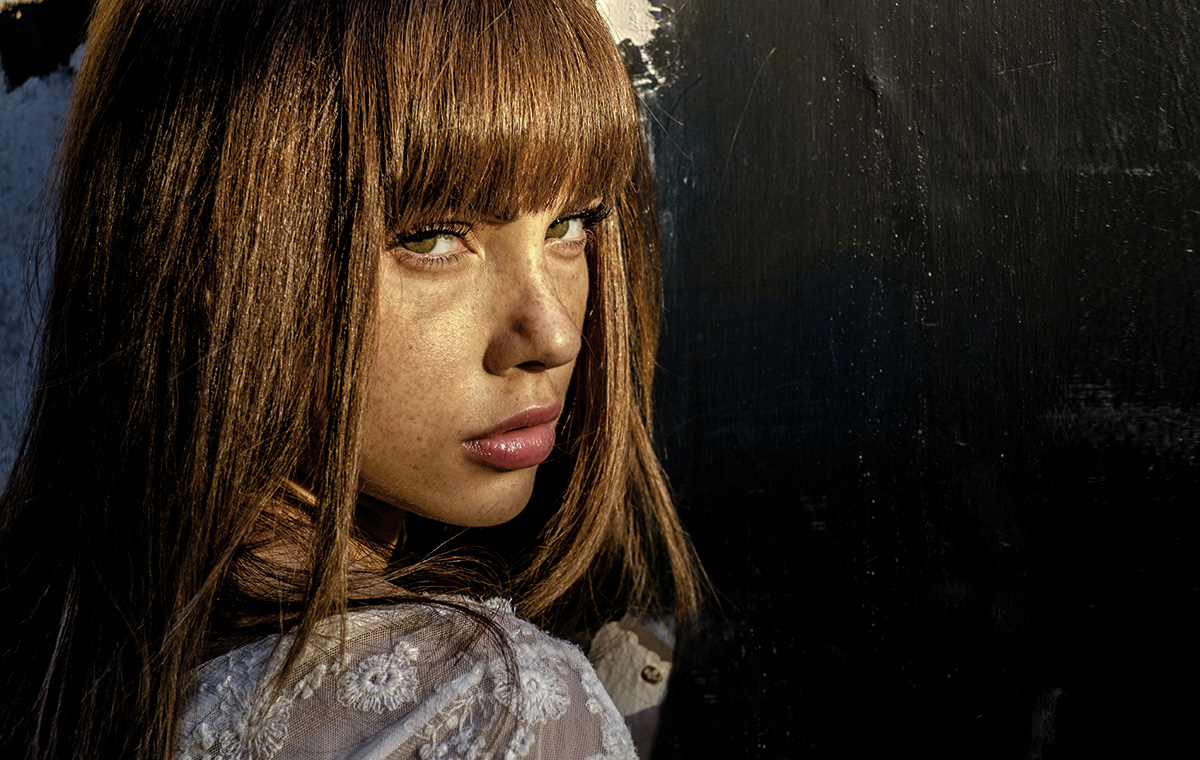 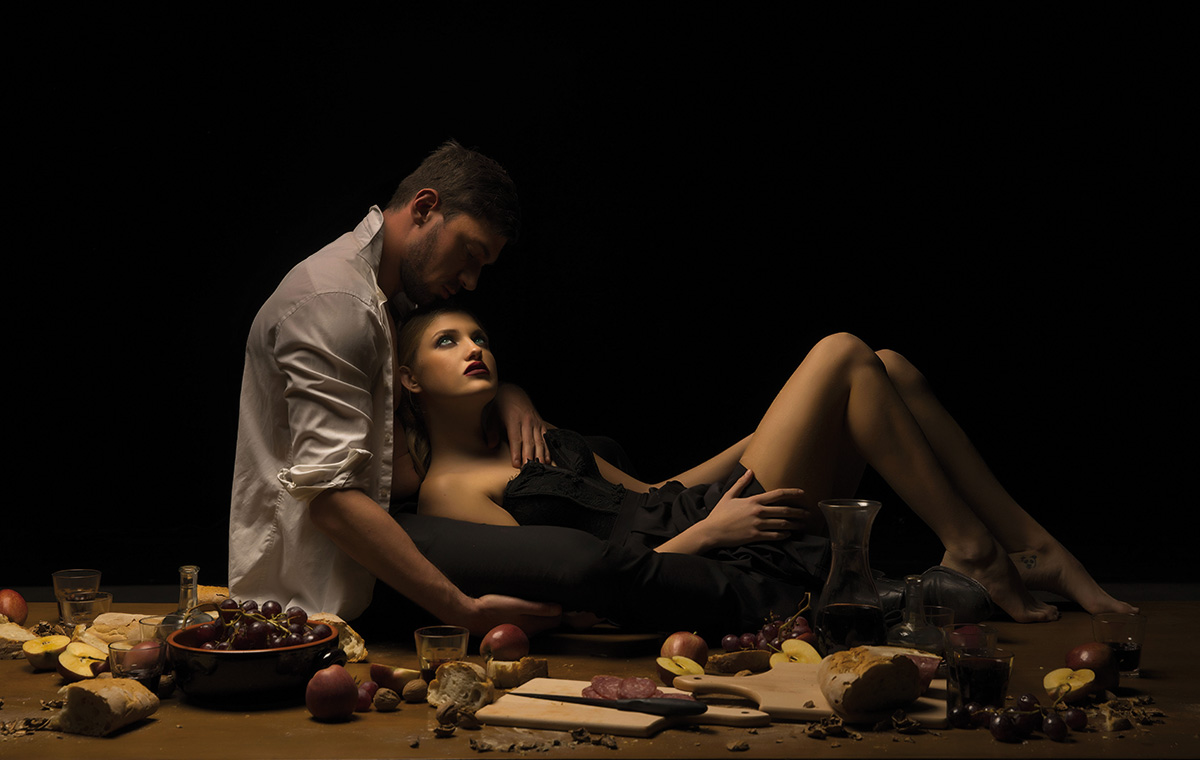 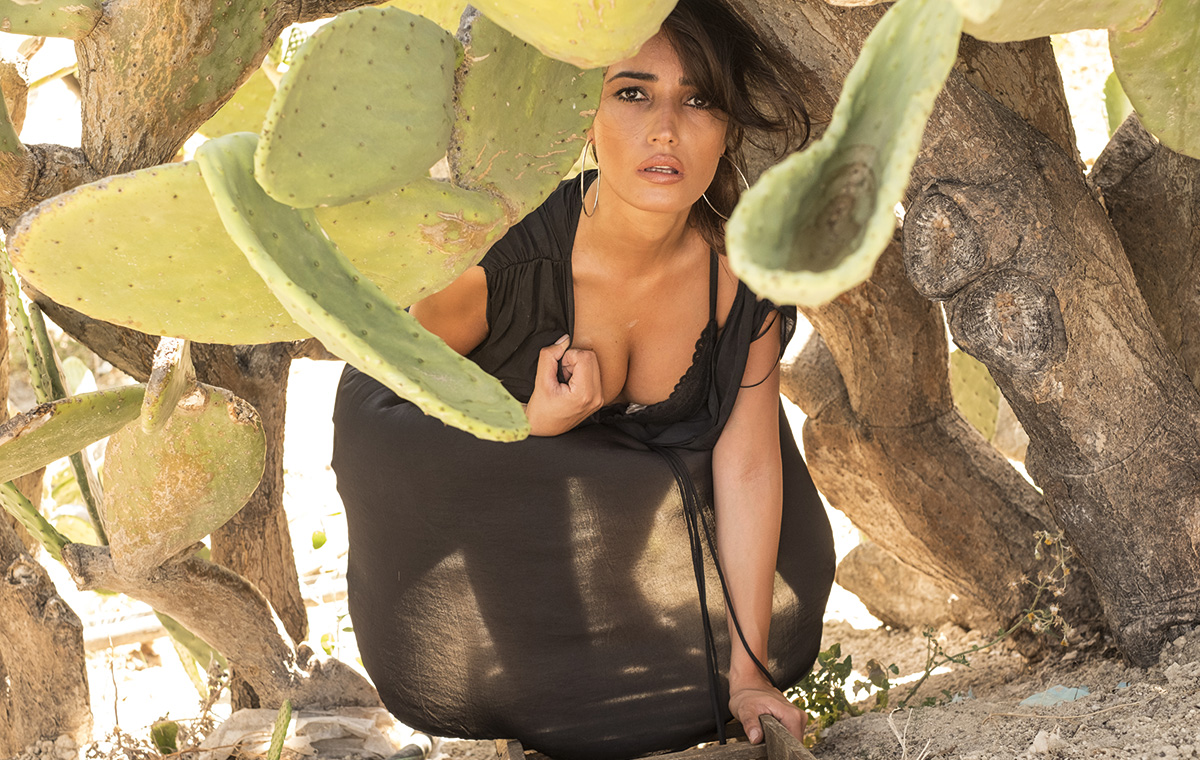 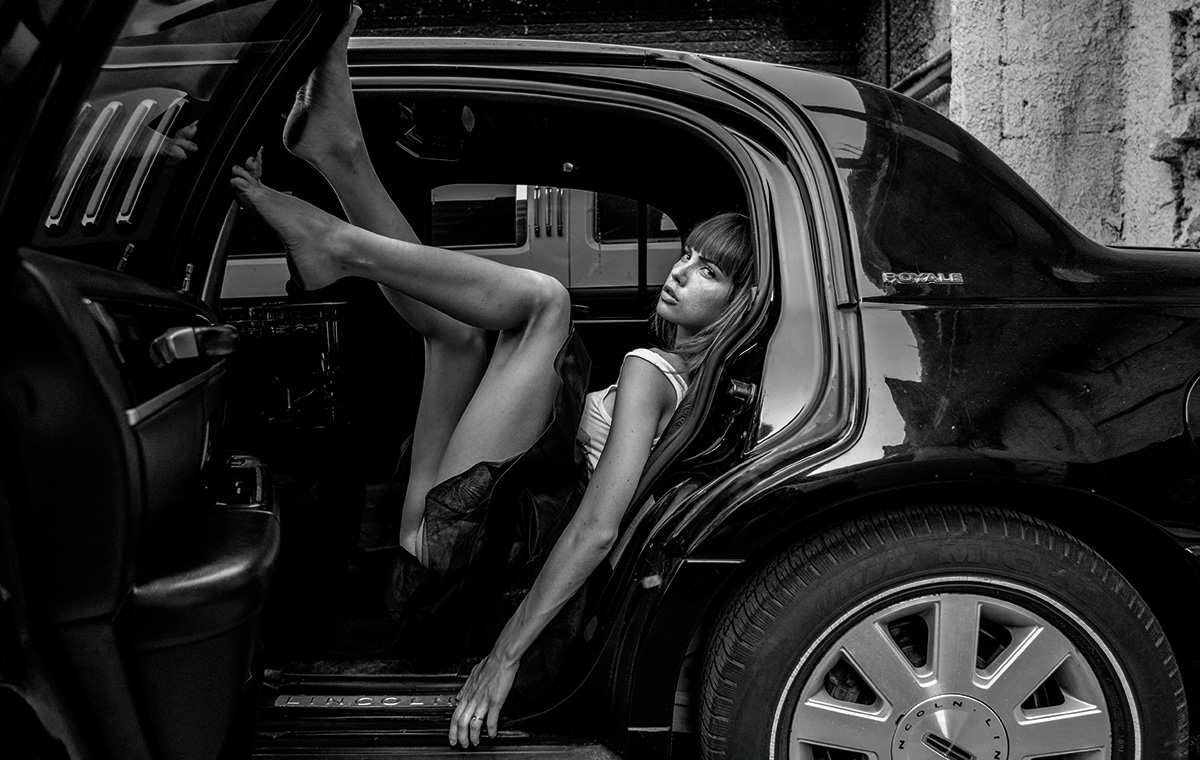 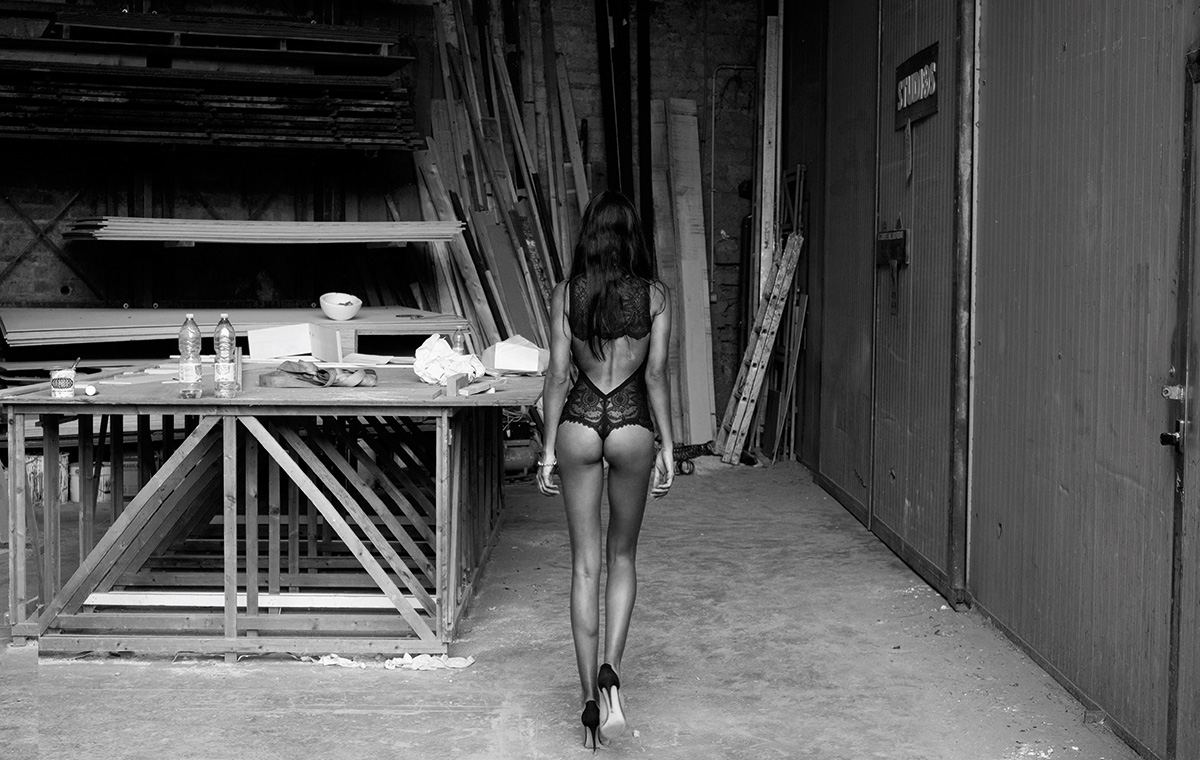 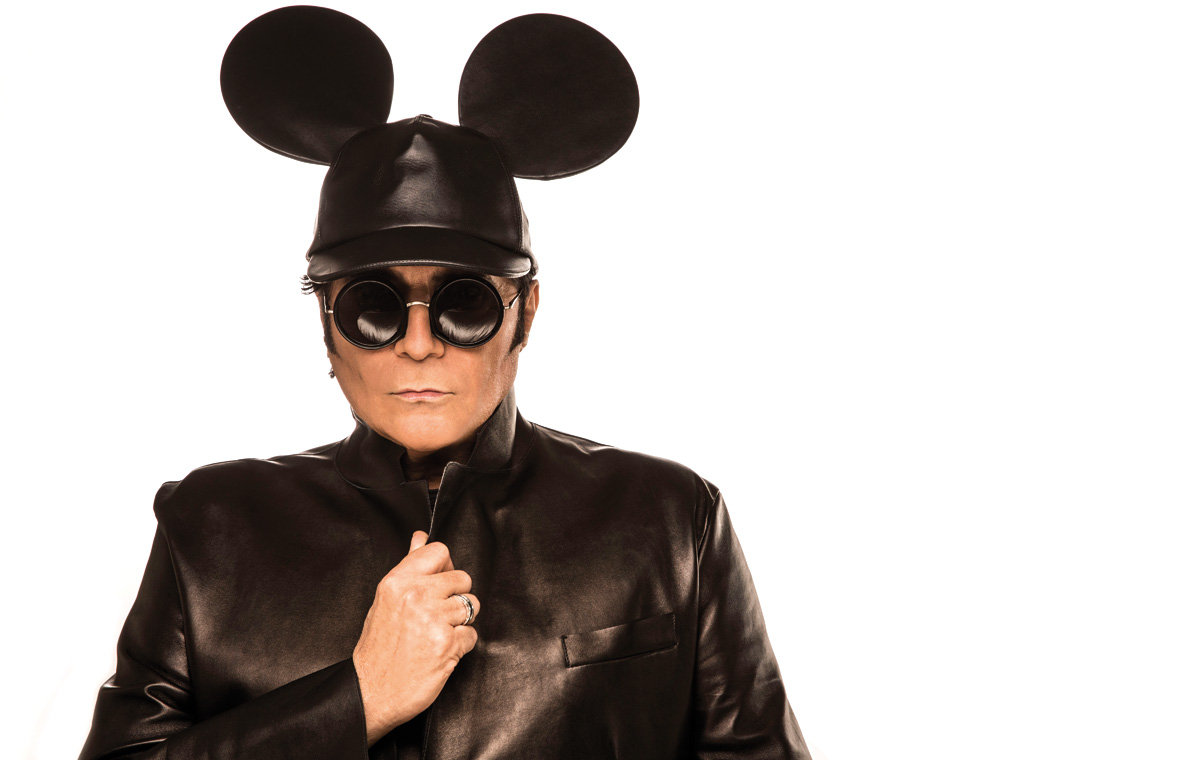 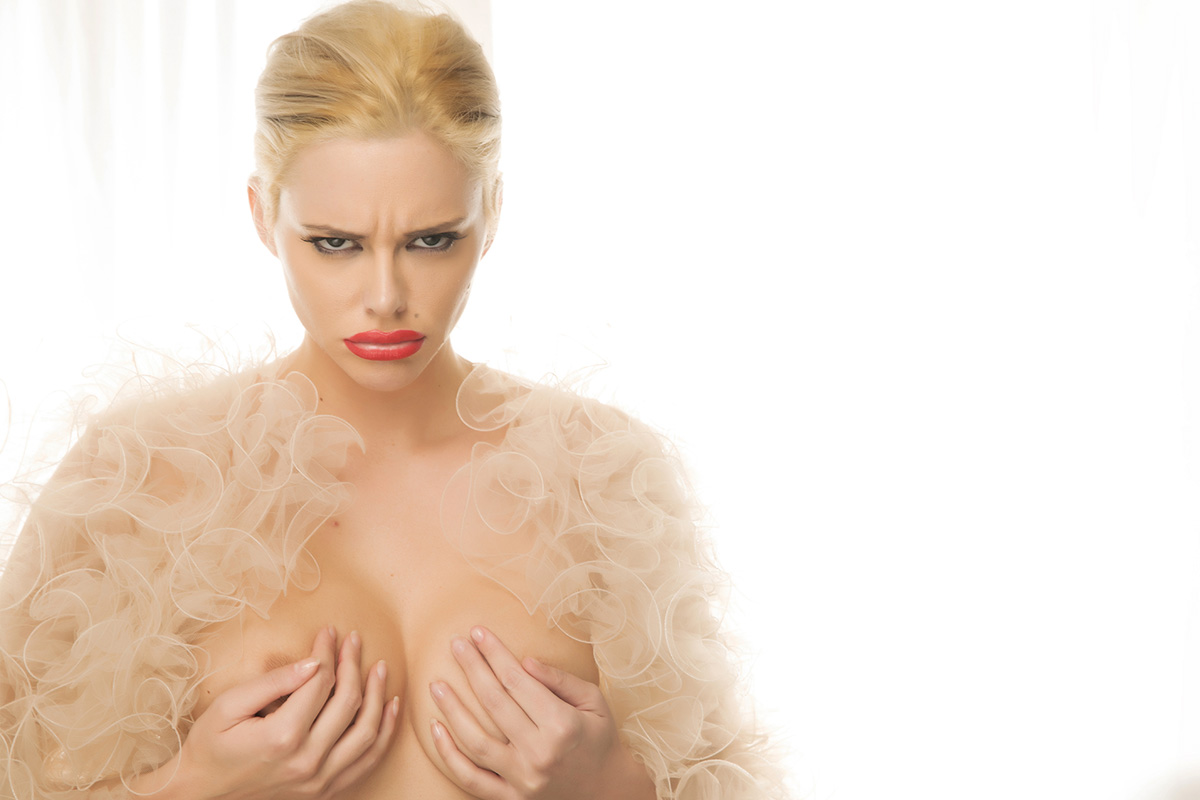 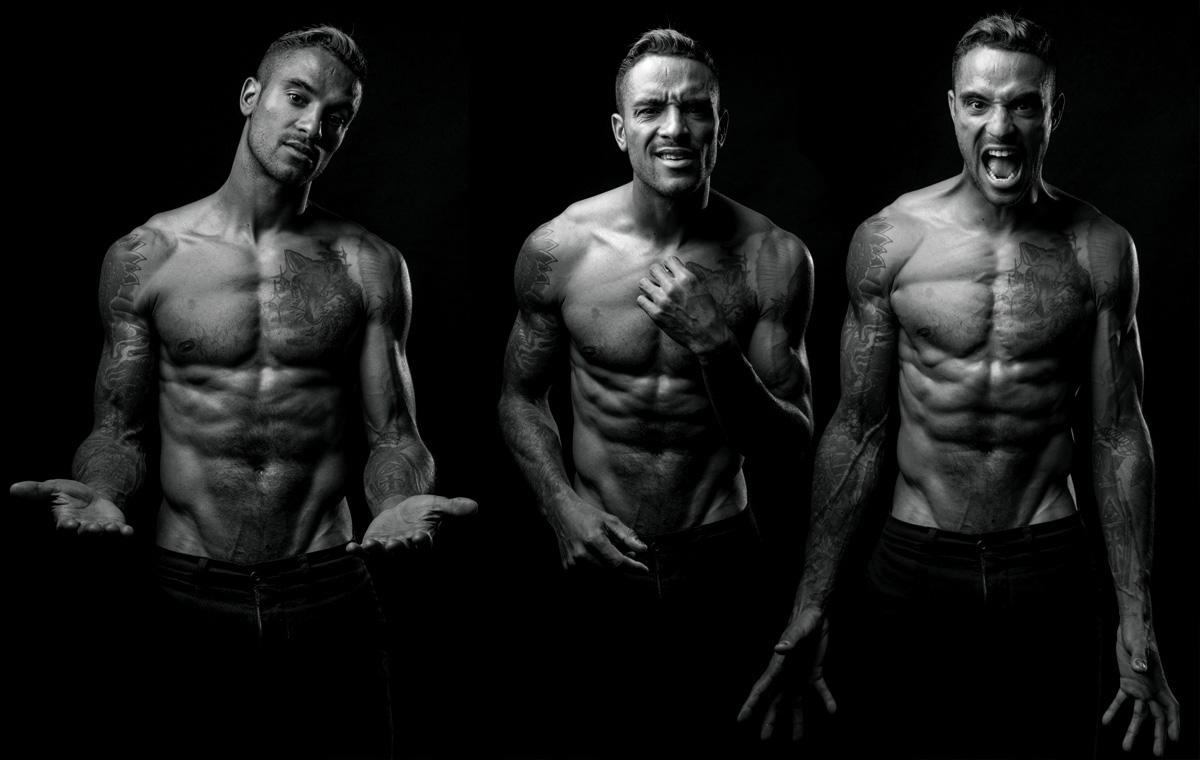 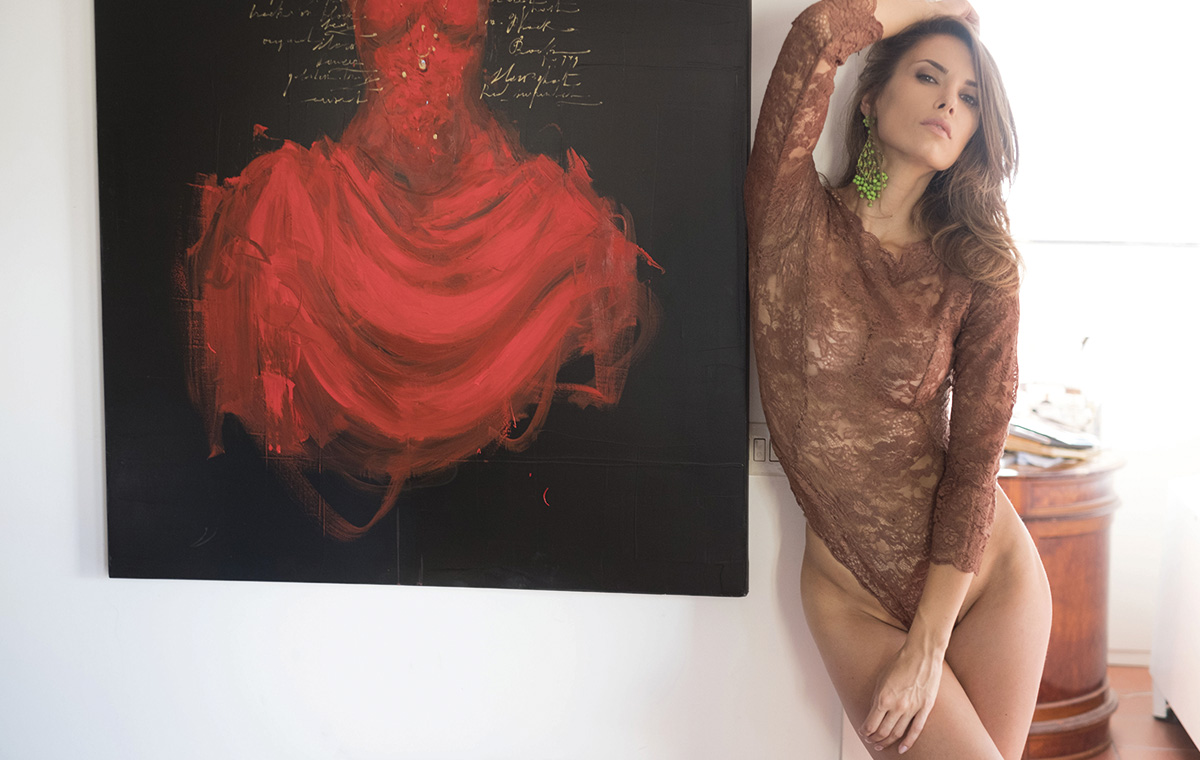 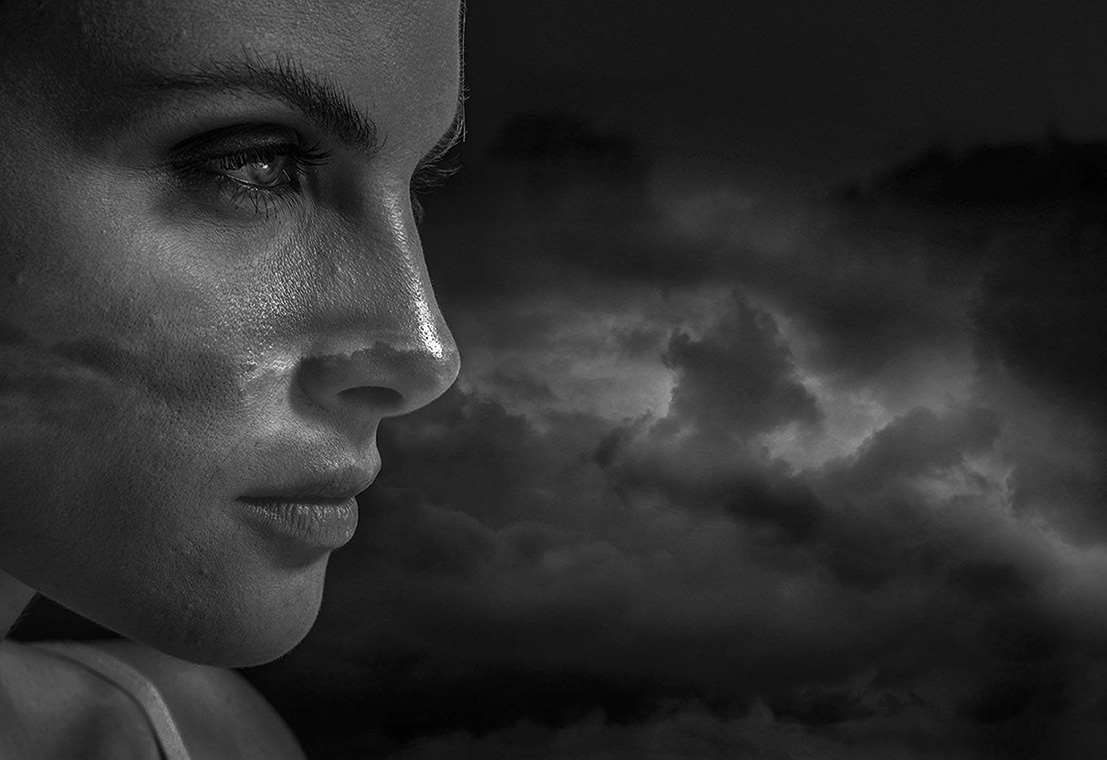 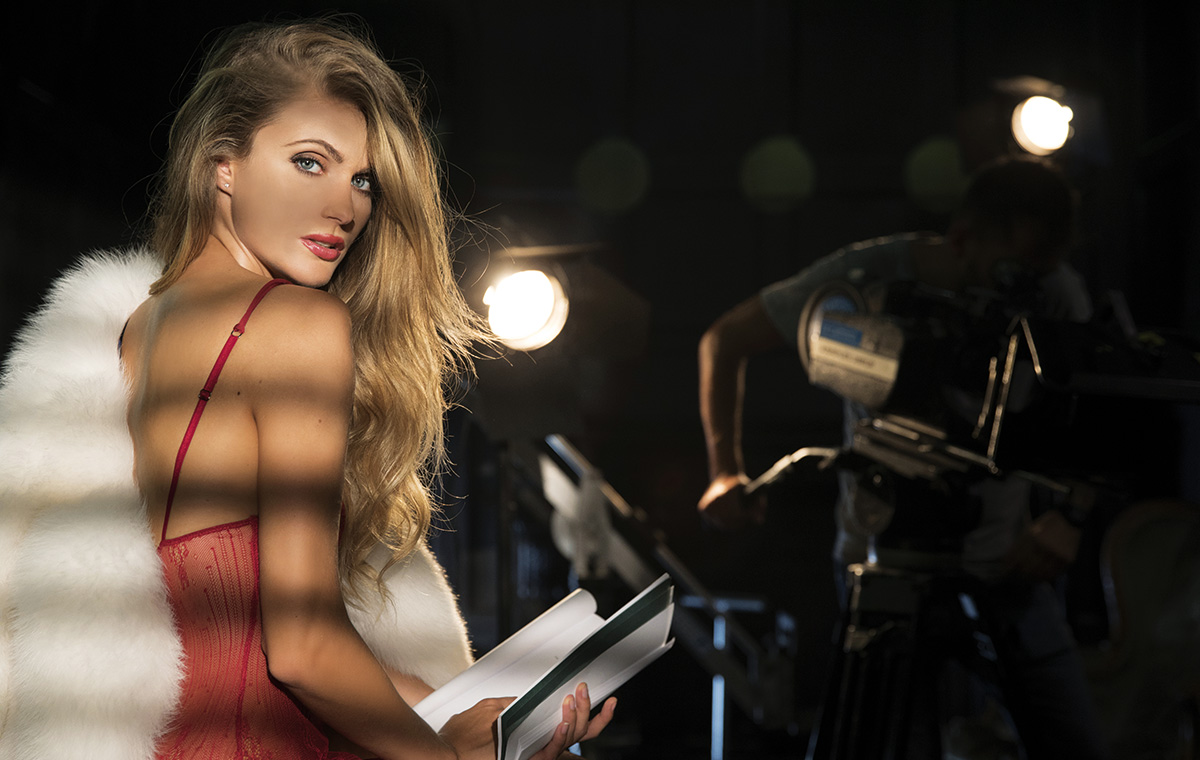 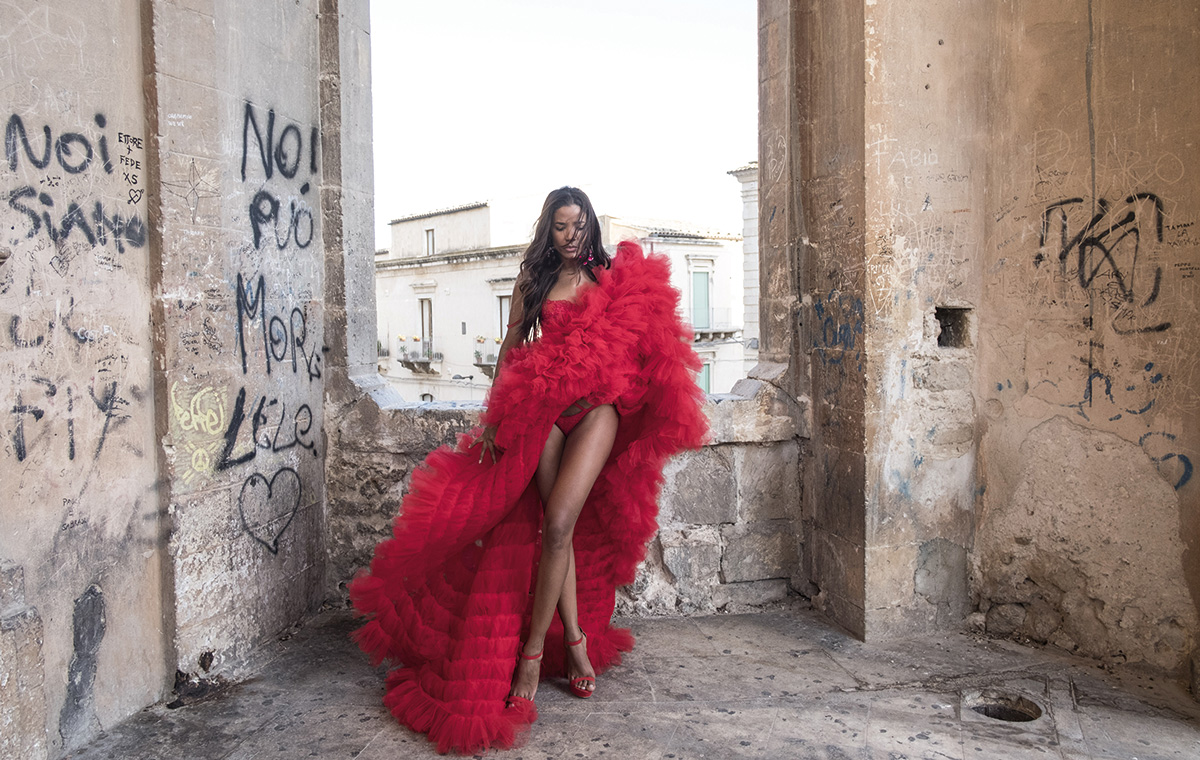 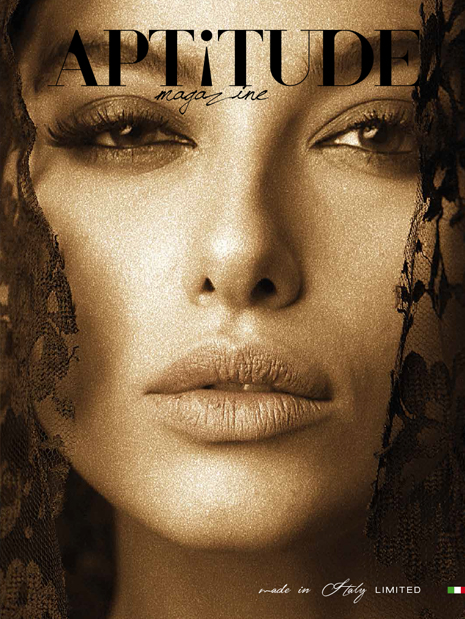 Aptitude: made in Italy 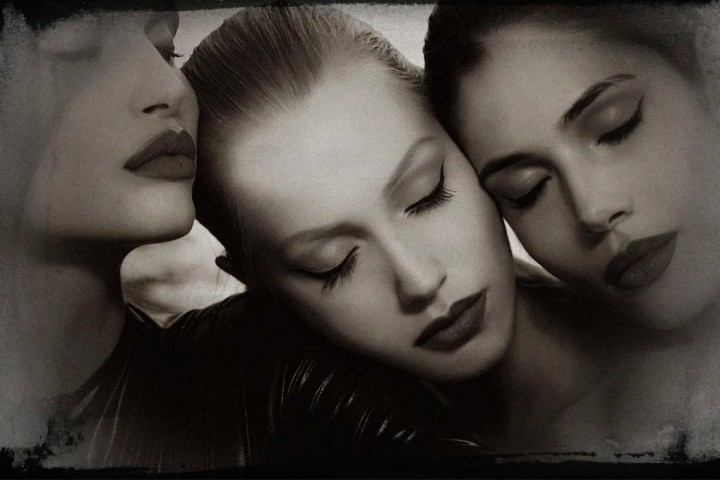 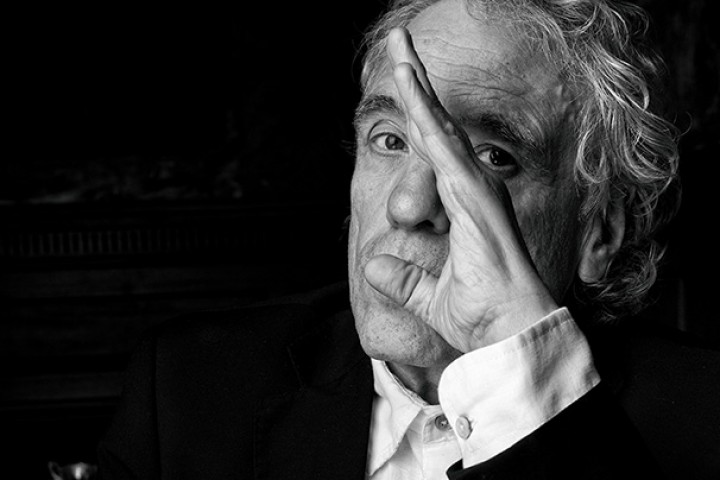 CELEBRITY/ABEL FERRARA
Aptitude: made in Italy 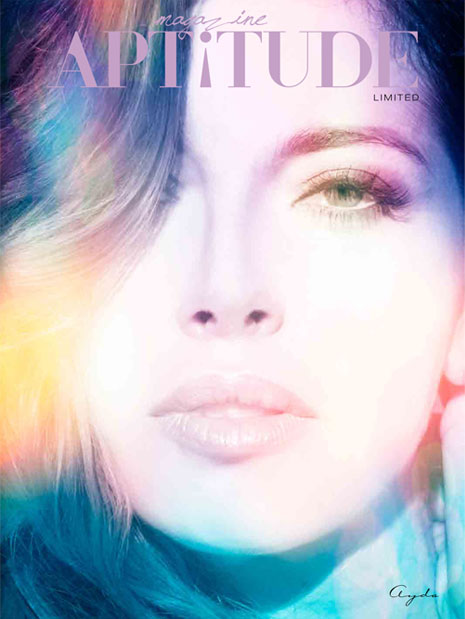 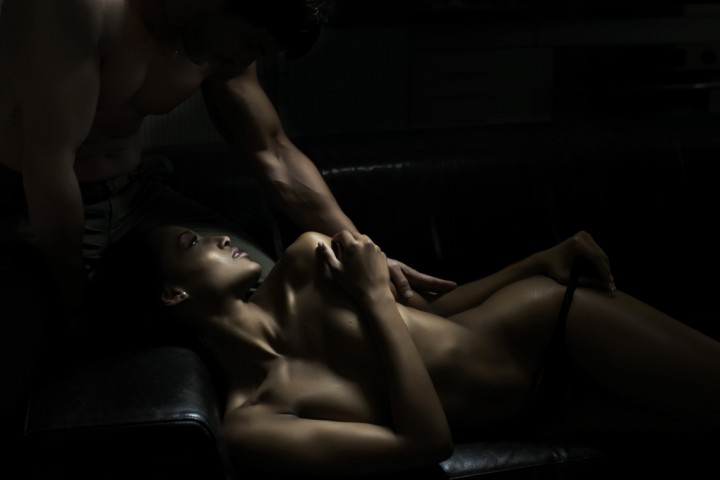 Look at it moving in its natural shrine. Shake it lightly, look at it again, taste it, and a captivating red with a deep aroma asking you not to stop will tint your passion, and in a moment, you will lose yourself and let go. It is the Italian red, strong and sweet, in love with your palate and loves giving you the idea that it is no longer there. Let’s go home and don’t worry, Aptitude will drive you there. 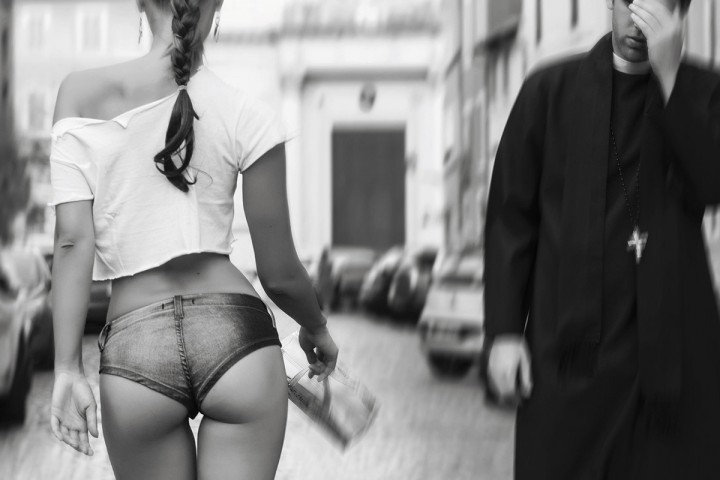 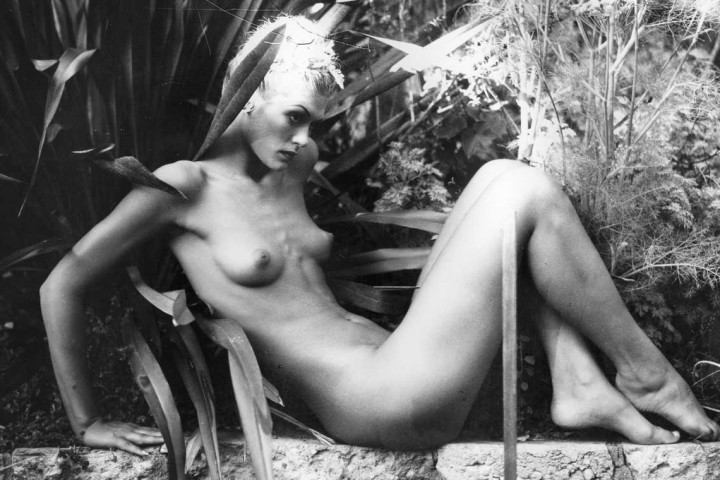 Femininity expands, assumes elongated agile, and athletic forms, smooth enough to shine, feather light.The déco woman comes from long back. She has wild styles from old Africa, and expands her beauty evoking Aztec art and Egyptian depiction. She blends with nature, with flowing water, and the foliage.They seem to issue forth from the scenic imagination and the almost unreal costumes made by Léon Bakst for Diaghilev’s Russian ballets. They are crystalline forms born from sunrays; the arms and the long legs seem like pinnacles or decorations on same style palaces. Aptitude has chosen nature to describe them; nature with its illogical confusion that has the logic of being, the  Beauty of the body, a lock of hair, bare breasts, eyes looking up into the sky.Déco is a long series of notes that seem to accompany the models of Aptitude to the tune of jazz.Suddenly you discover that your muse is a simple figure, assumes life all on her own and evolves naturally like in photosynthesis, assuming the figure of a flower or the long leaves of a wild plant.The curves become vast, the arms and legs stretch out, seeking life. Paris, New York, Rome, Los Angeles, she is a citizen of the world, she immerging with her style almost melting in, hiding herself and disappearing in the bigger picture. But Aptitude is there, and I’m here to capture the moment, the instant that leads my woman to become Jazz…Written by Maurizio Catalani 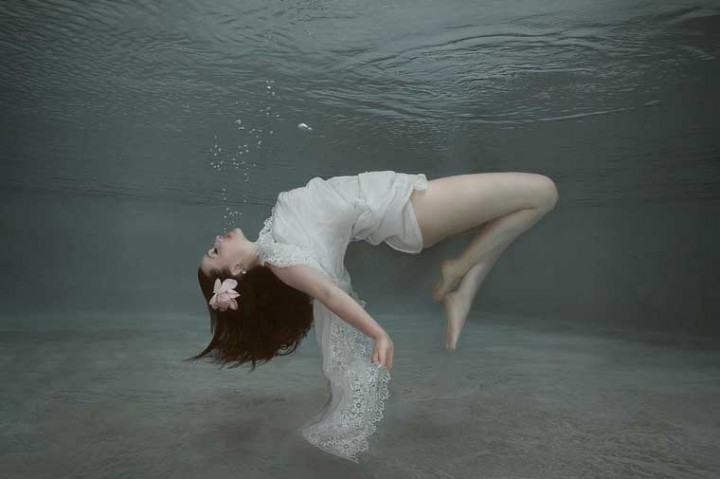 We are made of water, it is inside us and it is right to be with it. Moving inside our body lets us live our time. So lets dive in, and play with a part of ourselves, let it embrace you, touch you rock you gently; it is no ordinary water. For that water we flew in the sky immersed with them in the Maldives azure. 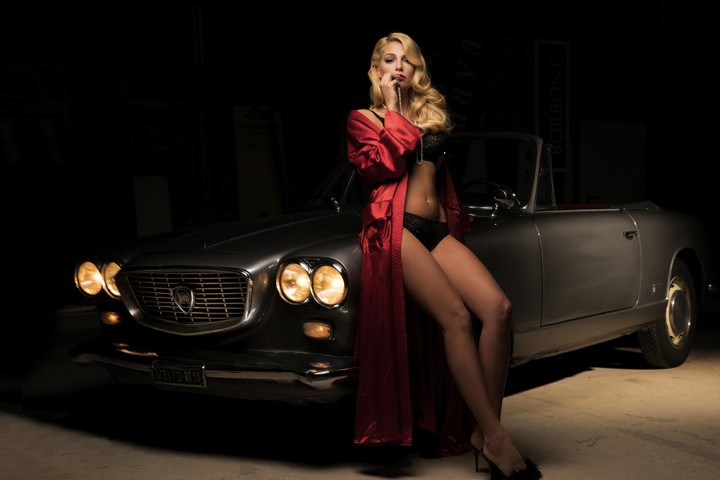 It has been celebrated in many movie or image during the Italian boom years. The B24, called Aurelia, was depicted as a Caravaggio by Dino Risi in the movie “Il Sorpasso”, an extraordinary movie that crisscrossed Italy. Vittorio Gassman and Jean Louis Trintignant got off the mythical Aurelia a long time ago and we climb on board, on the Flaminia with Raffaella Di Caprio, a blond angel, the only one who had permission to tell us: “come on, handsome, get in. Let’s go for a ride.” Would you say no? Raffaella, another Italian dream ready to turn into an absolute star, she interprets desire. Wind in her hair, the blond drives on, you look at her thinking she is yours now… but it is not so. She starts her crazy race, she does not divide, there is no room for two and Aptitude is with her already… with you obviously. 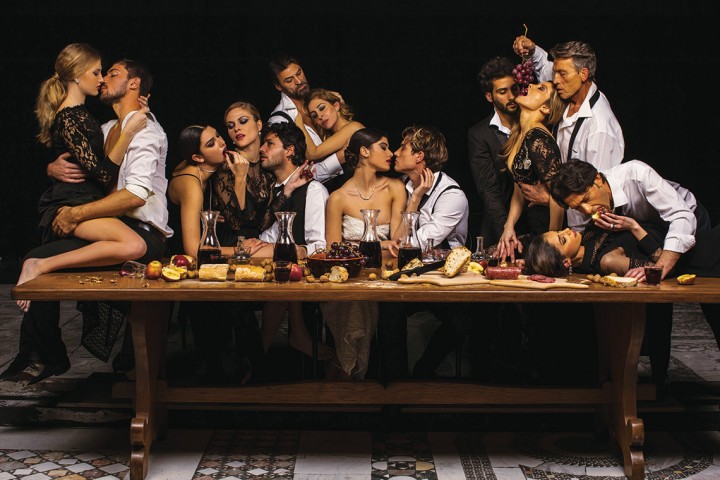 IS THERE ANYTHING MORE BEAUTIFUL THAN SIMPLICITY? BEAUTY IS LIKE A BREEZE, ONCE IT TOUCHES YOU IT IS IMPOSSIBLE TO FORGET IT.   In the Country of food, a marriage is forever, sitting around a table is a passport to taste-land, to the very first experience of happiness. What can you do sitting around a table for five or more hours besides eating? Glances are exchanged over red wine, over fake and distracting words… 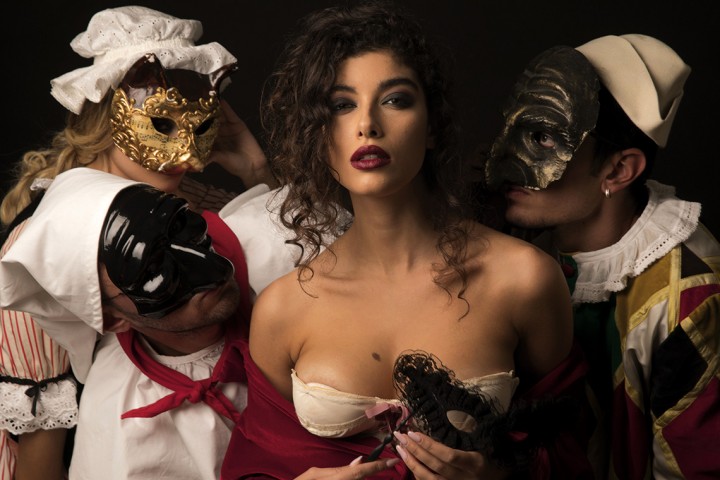 Take off the mask

Pulcinella, Harlequin, Columbina, Pantaloon, Gianduja, Doctor Balanzone, Rugantino, Brighella, Meneghino, Stenterello come on, there is plenty of room in Italy for Carnival. Aptitude also loves to parade in a mask. What where you expecting? A pure and chaste Columbina? A distracted and shy Harlequin? Pulcinella dancing on the streets of old and tired Naples? Nope! Carnival is fat, full of glances and misunderstandings where everyone is on the lookout for the damsel in costume ready to get lost in the crowd. Opportunity reveals our true nature. Here we celebrate Carnival and its most hidden pleasures, trying to hold on tight to anything we can grasp. And so, take off the mask, tomorrow is another day, full with her. Just like Aptitude, full of itself. 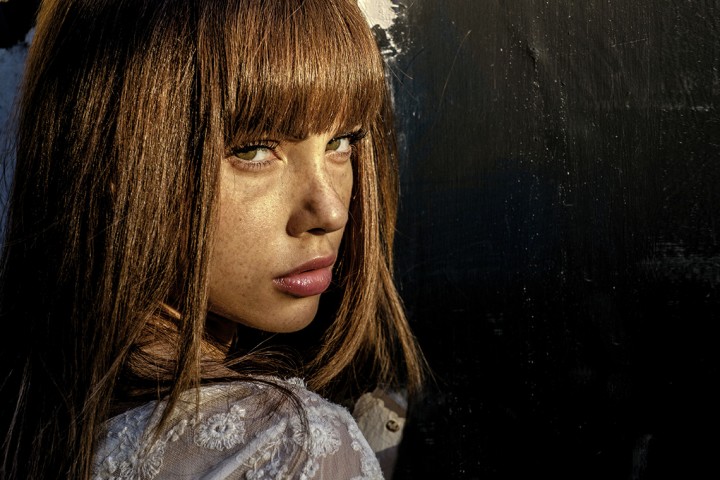 Soon to be bride. Aptitude guys, look but forget about her, for also the girls will have a hard time forgetting the groom. Gabriel Garko is marring her, yet he is not the only man whose gaze turned upon Adua lately. She received a call from Paolo ‘Mr. Oscar’ Sorrentino. She will be a young Veronica Lario in the movie “Them” that will hit the theatres next year. Is it clear now why Berlusconi lost his head? Adua never loses her head though, that is the effect she has on everyone else. She is one of the new stars of Italian cinema, a wonderful woman with a child-like gaze, you can give her a ride in a Bentley or  a shopping cart, she will always be herself, you cannot avoid staring at her thinking you are daydreaming. Aptitude is the sideline of a dream, the dream you wish you could live, the transgression of a gaze, the provocation of an idea. Leaf through if you dare. 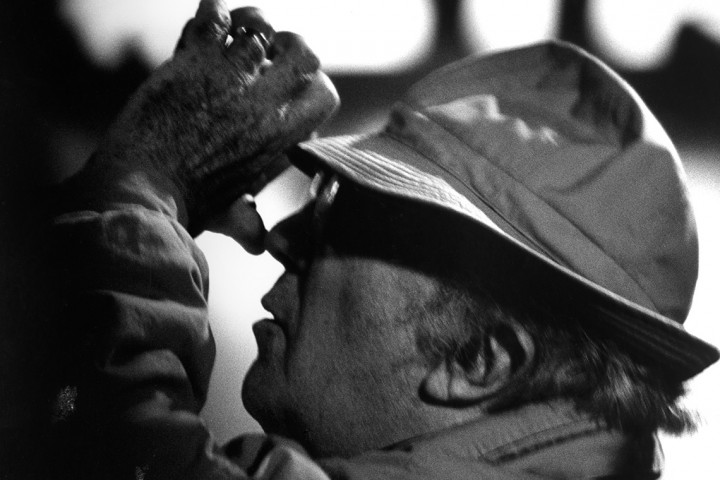 He  created images and neologisms, stopped hearts and desires, bewitched common folk and artists. Federico Fellini and Marcello Mastroianni, face and pen of that movie that celebrated  Italian cinema everywhere. ”According to me we can divide movies into before La Dolce Vita and after La Dolce Vita: it has broken the rules of narrative thanks to its audacity, it has shown that you could be honest on screen. Never had we seen a work with such a high morale, intelligence and maturity. It has changed history”. Words spoken by Martin Scorsese, and maybe we should believe him. With time Fellini has become a prejudice, an illogical analysis of a glimpse of life, sweet or maybe not. With these words in one of his last interviews, he told Positif, a French Cinema Magazine, about his arrival Rome: “I still remember the first time I arrived, in a tram, a small tram that left from the train station, left behind the city and crossed endless miles of countryside next to a Roman aqueduct. In the end this building, halfway between a hospital and a University would appear, it had a magical name Cinecittà.” That tram was numbered 8 and a half, than it turned into a “Street”,  and by a giant leap in fantasy it turned into a ship that still kicks time in the butt. “Excuse me, Federico, can I take a picture?” “Who are you, paparazzo?” “I am Aptitude” Federico smiles and, almost turning his back to the camera reassures us. “Go ahead, shoot…” 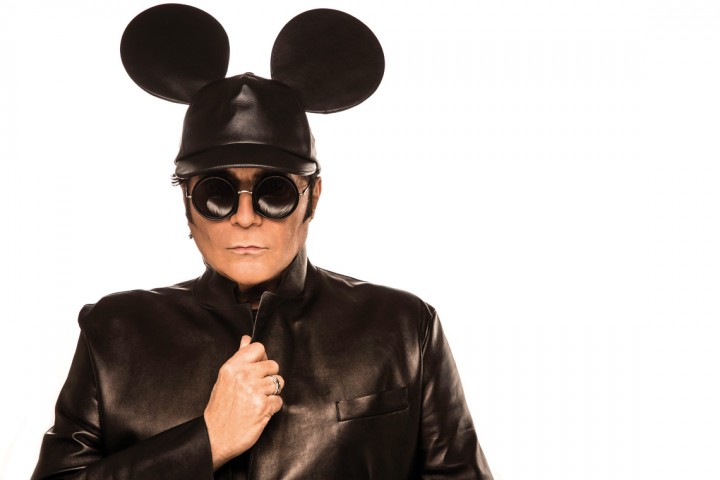 Photography and I have always been distrustful of one another. It tried to force me in the shot, limiting in this way my space and reducing my field of vision.  My exaggerated showy nature obviously left no room to justify the static nature that is the fundamental reason of its mandate. Contrasts.  A difficult coexistence. Yet we flirted for a while, we exchanged knowing glances and promises of eternal sharing… But I never humored it. Not much anyhow. I had to concede a few shots, now and then, to appease my photographer friends; or as a register of birth for my works of music; in the shape of phonograms, posters, and bills. Just to get back to my real life, to the natural movement set by time, by encounters. By my need not to feel spied upon, observed, searched by the invading yet alluring lenses. Were those slides good for me? I don’t know. A game. That is something I can accept! The fact that it has been a game makes me feel good and less guilty. Vanity has nothing to do with it. Here, on this set we call life, you either love yourself or you don’t. Trying to stop the moments is a criminal way of killing your future. Delegating to a shot the responsibility of granting us an everlasting existence. The eyes work way better than the most sophisticated lenses. Inside is where the interesting things happen. It is inside that we appreciate the fragrance and the charm of people. While, if you have to take the camera out, load it and aim at the subject or the situation… everything vanishes. And you are back to being the silly voyeur, inconclusive and unemployed in the function of emotions. I liked myself in the dressing room. Behind the scenes. In the dim light of my success. When the lights go out: that is when you can see real talent. Many struggle up there, for hours, months, years, without losing a single drop of sweat. Worst of all, without succeeding. - Smile! - Excitedly says the photographer. I would like to tell him: Isn’t it dangerous to smile without a soundproof reason? Social media don’t call for spontaneity. Black and white is far more honest and sincere, always. The camera most of all loves children and the elderly, for various reasons they are out of the competitive race. Maybe, with our baby bums in the air on the changing table, we were able to give off a sincere smile, a genuine one. We would dash out of the printed picture to run towards the imponderable. The becoming luckily is all to be invented. Therefore both a Polaroid and the most sophisticated camera will love any carefree and dreamy moment. Let’s look inside ourselves. Let’s look at our own inner changes. Let’s also accept our inopportune defects. A bad exposure, reflexes and a clunky shutter, all things that really do not matter. My few shots in plain clothes, outside my professional environment, have been timid testimonies; I wanted to immortalize faces, landscapes and moments. Sharing the light, half-light and the wonderfully accomplice darkness. A few eloquent frames of life that overflow from an otherwise flat, colorless and solitary existence: just like many pictures tend to be. - SMILE!!! Someone shouted at me. - I do it 24 hours a day, I answered. P.S.: I would like to thank Roberto Rocco for having been a friend of mine outside any darkroom. Being a friend of mine under the light of the sun. I promise I will not storm against anyone who will use cameras as long as they will not disturb my calm and mellow lifestyle.

Perfection, when he jumps, he stretches them and they run with him in the wind. A perfect machine, a gazelle fleeing, covering miles as if they were feet, the eye on the finish line. He is just like Aptitude, till the end.

It is not easy to distinguish the divide between talent and transgression. Abel Ferrara’s hand on cinema is a dirty one, full of cravings and thoughts. Reality is what you wish was not, yet often is. You are just like Aptitude, Abel, you challenge yourself, you stop, than you start over again and no one has to show you the way.