You feel like you have last seen that big face five minutes before while maybe he was trying to explain to you that there is not one reason, one bloody reason, not to be unreal. Take advantage of the occasion and don’t let him read you a passage of the Bible… 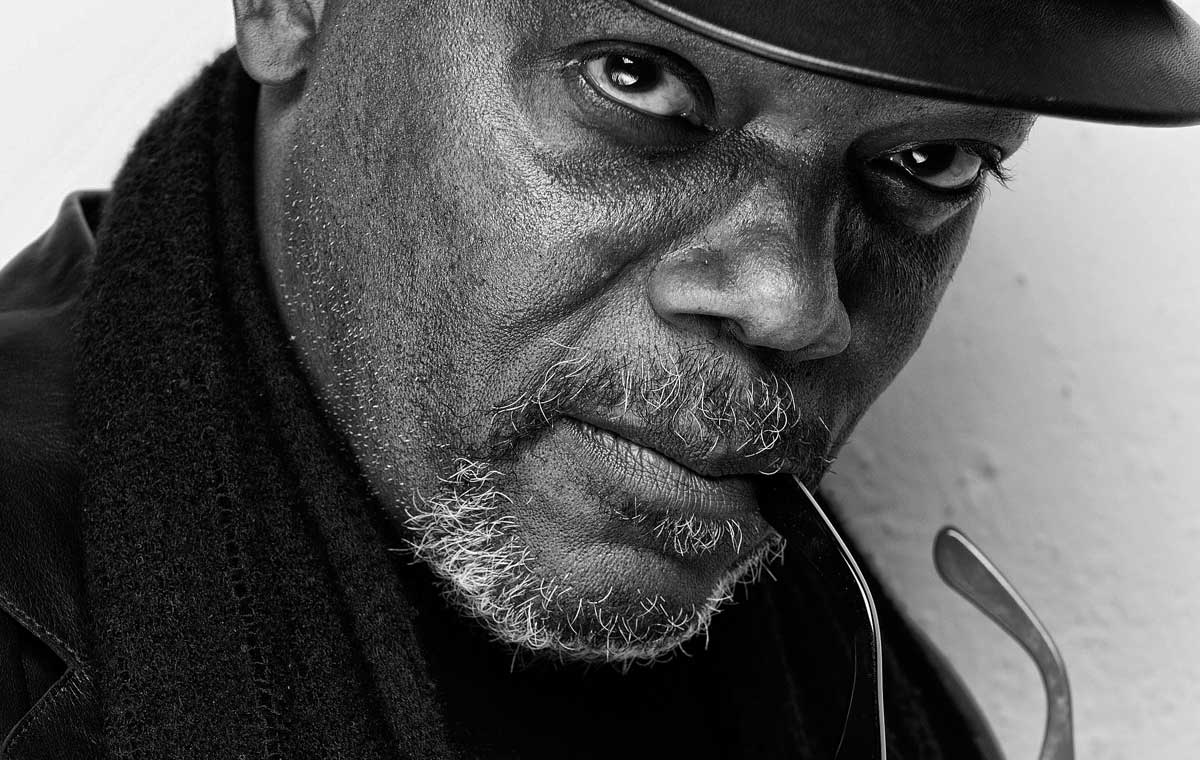 Seven years before, it was 1941, Mr. Miller one afternoon, having nothing else to do, was playing a melody on the piano that will make forever famous this little, now bigger, city in Tennessee. Chattanooga. He was celebrating that little train that cut trough town and, some years later, on that same train, with his mom and grandparents, little Samuel arrived some trains pass once in a lifetime, for Samuel the stops have been many more.
Hi, can you tell me how come you are Samuel Jackson and not only Jackson like so many fucking individuals in the States? Why you are Pulp and the others aren’t. Why you are a Star making Wars and the others aren’t. You are Captain America and the others aren’t. You are Jackson and the others aren’t.
For little Samuel, abandoned by his father, the streets in Chattanooga were filled with dust, the same Miller’s train lifted.
Might I tell how wonderful it is, so wonderful, to set the camera, the lights, the diaphragm and that little black and white you need and than clicking on that Samuel’s face?
What would you ask to him? I froze the pictures and he writes the rest with his expression. That astonished and grotesquely angry face when Travolta unintentionally shots and smears with blood the car in one of the most iconic Pulp Fiction scenes. His movies, in sixty-eight appearances, have cashed in over seven billion dollars. Die Hard, Star Wars, Captain America, Kill Bill, Jackie Brown, Jurassic Park, and Goodfellas. You feel like you have last seen that big face five minutes before while maybe he was trying to explain to you that there in not one reason, one bloody reason not to be unreal. “Well, yeah. I was just sitting here, eating my muffin, drinking my coffee, when I had what alcoholics refer to as a moment of clarity.” It is Jules Winnfield speaking, in Pulp Fiction. And maybe is life is the one of everyone. What is great is that who said those words became their owner. That’s why he is Samuel Jackson and not just Jackson.
Meeting those who have made the history of cinema I’ve asked myself a thousand times what to ask them. But Aptitude doesn’t speak a lot. I want to know you and than I choose the image and not the words. Is a matter of ideas, of life style, of descriptive will. That i show I am I like to talk with you through a “frame”. Moreover, when you piss off someone what matters more, the expression on his face or the words that will follow?
So shoot, seize the moment and tell it in the only language you know. Samuel Jackson hasn’t had an easy life. His childhood marked by a father who wasn’t present. Than you walk up and down, along those fucking moments when the brain demands many different things… but not reason. Than Spike and you climb up again. Tarantino puts him everywhere, also in his home drawers and then Spielberg and Scorsese and you find yourself running with the superhero in Captain America. It’s not for everyone.
I went and re-read an interview with him and I’d like to share with you the things I liked. “I don’t choose movies because they pay a lot or because they will win a prize, I choose them because they mean something to me or they represent a challenge or they teach me something”. That’s Samuel Jackson speaking and maybe we have to believe him.
I shot a few pictures in a dull moment during his stay in old Rome. A few minutes, maybe five, maybe ten, no more, but this is Aptitude to travel the world for days to freeze time in a second.